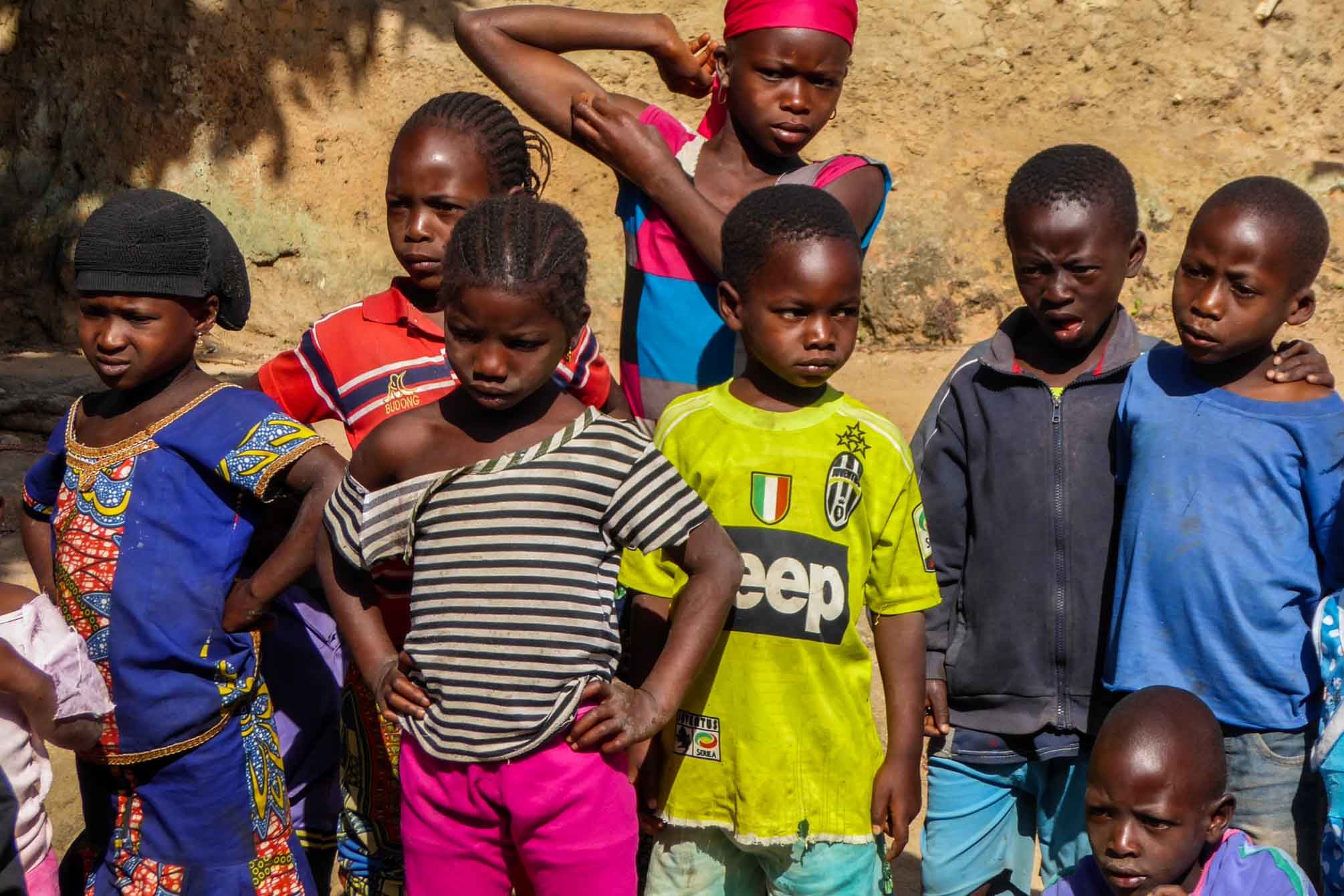 Helping other people – it sounds rather easy, but is a lot more complicated as soon as you dive a bit deeper. In this article, you’ll learn about the hurdles we must overcome in order to get our organization approved.

We really got to encounter the rocky terrain on the way to Massarankissidou when we rode on motorcycles all the way into the remote village. What we didn’t realize, though, was that the path towards obtaining an approval for our organization would be equally rocky!

Why getting approved as an aid organization is so important

The idea behind Juciel is to help the people of Guinea. That is why all of our German and Guinean members chose to found an aid organization. Juciel is ultimately a Guinean developmental organization, though, and lies under Guinean law. Only when the minister of Conakry approves our organization, will we be able to start with our well project. Along with that, we will also only be able to work with German organizations once we have been approved.

The scheme in Guinea

Our member Allassane Camara is currently working for the acceptance of Juciel in Conakry. Our completed application is filled out is currently lying in the government’s administration office. Initially, the local members of Juciel were closely eyeing the application process – in the past, many people have tried to act politically through aid organizations. Therefore Allassane presented our project in person, as to clear out any mistrust that could have formed otherwise. He was pleasantly met by amazement and support from the audience – there was now nothing standing between him and a meeting with the minister.

A little bit later we were asked directly whether or not we would like to talk with the minister without having to pay any fees. Normally one would have to be responsible for certain expenses (i.e., paying for the gasoline to allow for the government officials to come to work).

Were we going to support corruption though, to help the people of Massrankissidou? We obviously decided not to as it would disregard the principles that define our organization. Luckily, Allassane Camara is a person who keeps trying when most people would have given up. He persistently visited the government administration for a few weeks, to be able to speak with the minister. Through that, he met increasing pressure to present a “small cadeau.”

Our success: The door to the Minister’s office opens itself!

Two weeks ago we decided that we’d like to talk to the minister without any money or bribery involved. To our surprise he was suspicious whether or not Juciel was actually just a political group in disguise trying to gain power. Therefore he requested that we provide images of our undertaking. In response we provided a selection of photos from our trip to Massarankissidou. We’re currently sending the minister up-to-date documents. The process of dealing with the government agencies has started once again.

Founding of our aid organization: Incomprehension on all levels

We are very disappointed with the corrupt condition of the Guinean government, as well as the suspicion brought against Juciel by them. There is currently not much we can do other than wait, though we’re not staying idle. We were able to make electronic contact to the minister, through laborious work with a complex network. Our member Klaus Kühn was able to reach him through mail, and wrote him a letter which we obviously don’t want to withhold from you:

Minister for Territorial Administration and Decentralization

This e-mail is of great topicality and urgency, so I kindly ask for your attention.

At the beginning of this year I visited Guinea together with a private group of friends to get to know the country and its inhabitants. We also visited the remote village of Massarankissidou, about 55 kilometres north of Macenta. What we encountered there as Europeans filled us with great sadness: more than one kilometer the children have to walk with heavy canisters several times a day over the bad terrain to get the water out of the river! So we decided to help here and founded the NGO “Juciel” with the aim to provide donations for the construction of a drinking water well.

Mr. Allassane Camara, founding member of the NGO, took over the task in Conakry of accrediting the NGO to the state authorities. This project now threatens to fail because your administration is not prepared to submit the NGO application to you for approval without paying bribes. We are very dismayed about this, especially as we have already mobilised a lot here in Germany. We are currently setting up an informative Internet presence in which we explain our project, we can reach many people with it. In addition we report already in lectures about the project. All this to raise money to improve the living conditions of a village in your country (there would be more to do). Please consider what kind of impression your country makes when our helpfulness is blocked by your administration.

In the meantime, Mr. Allassane Camara has once succeeded in meeting you. At this meeting you expressed doubts as to whether the NGO Juciel, which we want to set up, is really a serious organisation. You asked Mr. Camara to provide evidence. All this is there, because all our previous activities and the trip to Massarankissidou have been documented. Mr Camara will now need another appointment to present this evidence to you. Unfortunately, we must assume that the difficulties of obtaining an appointment with you will then be repeated.

For this reason we kindly ask you to take care of the immediate approval of our NGO. Massarankissidou will thank you!

We’re still fighting for a better life in Massarankissidou!

As this letter didn’t seem to have an effect, we contacted the Federal Foreign Office of Germany, to confront them with the issues in the Guinean government. Thereupon the German embassy situated in Guinea wrote back to us. The problem regarding the registration of NGO’s in Guinea was already very well known by the embassy. Therefore they assured their support for us and our project. More regarding this will be posted shortly.

Update: Juciel was recognized in May 2019. Read more about it here.