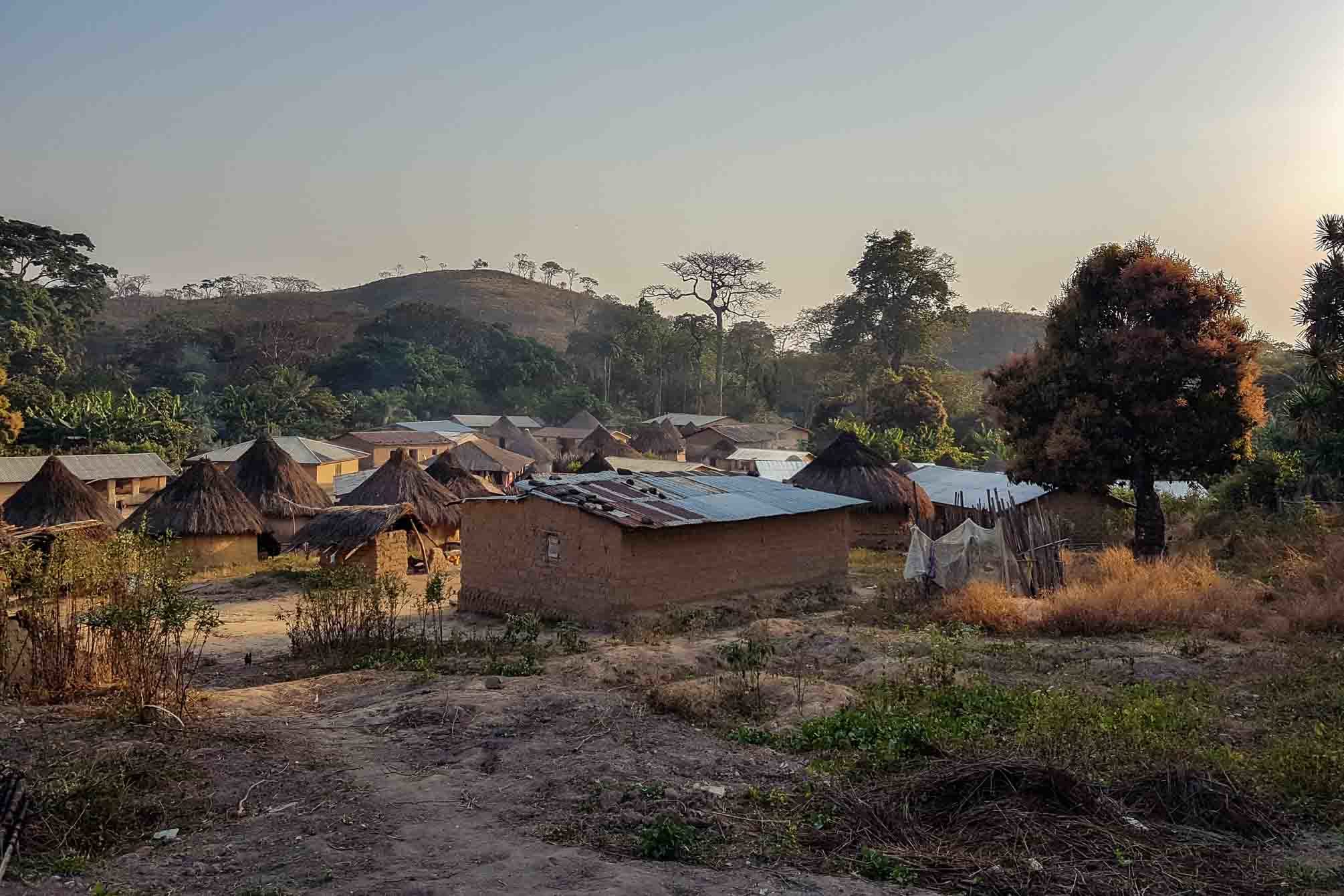 Juciel originated through the wish to build a well in a small village in Guinea, In this article you’ll learn more about the establishment and background of our African aid organization.

Since the end of 2017, Jutta Mester-Camara and her husband Allassane Camara have been working to construct a well in Massarankissidou. Massarankissidou is a very remote village in southeastern Guinea, whose inhabitants live in very poor conditions. There is no running water, many diseases, no significant source of power, and no tuition. Basically, everything that should normally be available to everyone is missing in the village.

The Camaras have a personal connection to the village: Allassane’s grandfather founded Massarankissidou. Since then the village community has grown, but the meager living conditions have not changed. Massarakissidou, with its rural character, has stood still as in the past, along with all its problems: There is a lack of clean drinking water and the inhabitants suffer from diarrhea, malaria and a high infant mortality rate. Help from the government is not to be expected – how? Guinea is a developing country, weakened by corruption and political upheavals, economically underdeveloped, and one of the poorest countries in the world. That is why the Camaras have taken the initiative to help Massarankissidou themselves. The wish: Construction of a water supply system to provide the village community with humane access to drinking water.

Jutta Mester-Camara contacted reputable development organizations in Germany, and tried to persuade them to take on the building of the well in Massarankissidou. It soon became clear that it would be necessary to create a partnership with a Guinean agency in order to obtain the help of the German organizations. This would create the official relationship needed to move our project forward. The next step was clear: “We will establish an aid organization ourselves so we can know exactly what is happening, maintain strict control of the money, and ensure that our effort can result in the actual building of a well in Massarankissidou.”

Since mid-2018, the Camaras have been fully engaged in the establishment of this aid organizatio. They are being actively supported through many friends and family in Guinea, many of who have a lot of experience in developmental partnerships, as well as through supporters from Germany taking on other establishment activities. On all sides – whether in Germany or Guinea – projects with the Juciel name bring surprise and are stirring up much conversation.

More than just a well: The goals of Juciel

It quickly became apparent that establishing an aid organization in Africa to build a well would be way too complex. That’s how we came upon the idea to have an irrigation system in Massarankissidou as the “end goal” of our activities. In January 2019, thirteen German and Guinean founding members met in Conakry to develop guidelines for Juciel and its projects. In the future, our plan is to work on several developmental projects in Massarankissidou, the surrounding area, and other parts of Guinea. Our goal is to sustainably improve the lives of the people living in those areas and utilize the support of both the founding members as well as volunteers.

Currently, the proposal behind the founding of Juciel is sitting in the Guinean government awaiting approval. In the meantime, we’re planning our first step to get our initial project “Water for Massarankissidou” rolling. You’ll learn about the hurdles we have experienced while trying to establish an NGO in a developing country like Guinea.